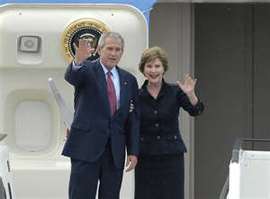 Chef Walter Scheib might have had the same job when George W. Bush and his family entered the White House, but it was a whole new ball game. "It was the single strangest day of my life," Scheib recalls. "I had to literally start from scratch." Scheib and his staff studied the new First Family's preferences and adjusted according to their Texas ranch tastes. How did the Bushes differ from the Clintons? Hummus was definitely out. Tex-Mex and beef tenderloin was in. Like his father (and president) before him, George W. didn't care much for green foods.