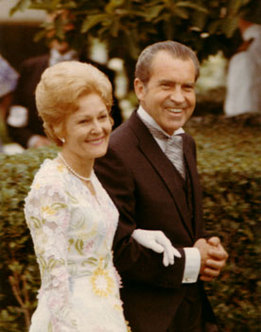 Believe it or not, Richard Milhous Nixon might have been at the forefront of the spa food craze. The president requested that fresh yogurt be flown in from California daily, and when it came to breakfast he also favored lighter options. Cottage cheese and fresh fruit were the norm, though sometimes he chose to garnish his morning meal with ketchup. Yes, ketchup. Rumor has it, a simple breakfast of cottage cheese and pineapple was his last presidential meal before resigning from office.